With Git installed, use the git clone command to download the project's repo to a directory of your choice.

You must install JDK and set the JAVA_HOME environment variable (please ensure it points to the JDK, and not the JRE). 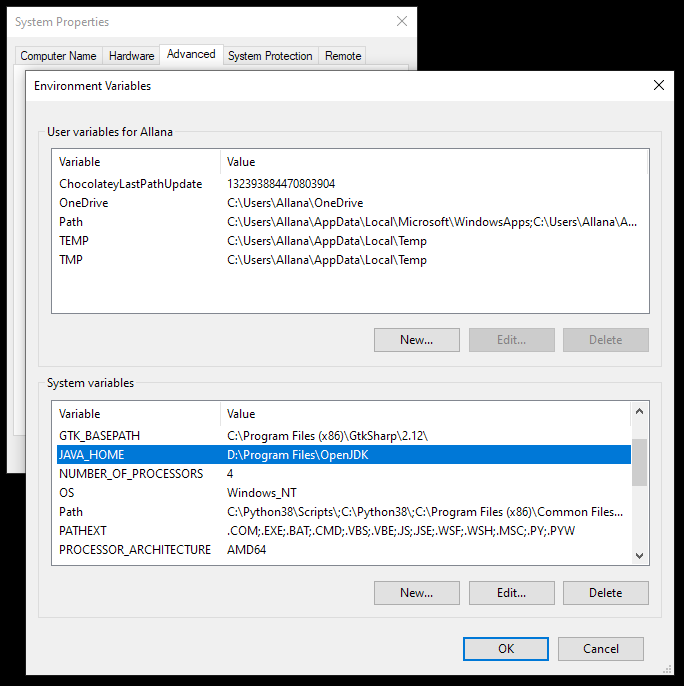 First, find where Java is on your computer with this command:

Check the environment variable JAVA_HOME with:

If this shows your Java version, your JAVA_HOME variable is set up correctly. If it shows an error, you need to adjust it. To do so, you can use:

This probably won’t install the latest JDK package available on the Java website, but it is faster and more straightforward. (At the time of writing, it installs OpenJDK 11.0.7.)

First, extract the JDK package to the new directory usr/lib/jvm:

Then, navigate to this folder and confirm the final path (in this case, usr/lib/jvm/jdk-14.0.1). Open a terminal and type

In the text window that opens, insert the following lines at the end of the profile file, using the path above:

Save and close the file. When you are back in the terminal, type

Exit the terminal and restart your system. You can then check that JAVA_HOME is set properly by opening another terminal and typing

It should show the path you set above.

If Maven is not already locally installed, then OpenRefine's build script will automatically download Maven for you and use it.

If you will be using your own Maven installation instead of OpenRefine's build script download installation, then set the MAVEN_HOME environment variable. You may need to reboot your machine after setting these environment variables. If you receive a message Could not find the main class: com.google.refine.Refine. Program will exit. it is likely JAVA_HOME is not set correctly.

Ensure that you set your MAVEN_HOME environment variable, for example:

NOTE: You can use Maven commands directly, but running some goals in isolation might fail (try adding the compile test-compile goals in your invocation if that is the case).

The OpenRefine webapp requires node and npm to install package dependencies. Download and install Node.js. (On Windows, you can alternatively install nvm to easily manage multiple npm versions on your system). You should then have node and npm intalled. You can check the versions by typing:

To see what functions are supported by OpenRefine's build system, type

To build the OpenRefine application from source type:

Since OpenRefine is composed of two parts, a server and a in-browser UI, the testing system reflects that:

To run all tests, use:

this option is not available when using refine.bat

If you want to run only the server side portion of the tests, use:

If you are running the UI tests for the first time, you must go through the installation process.
If you want to run only the client side portion of the tests, use:

If you wish to run the application manually, without using the refine script, you can do so via Maven with mvn exec:java. The entry point of the application is the com.google.refine.Refine class.

The Refine build system uses Apache Ant to automate the creation of the installation packages for the different operating systems. The packages are currently optimized to run on Mac OS X which is the only platform capable of creating the packages for all three OS that we support.

To build the distributions type

where 'version' is the release version.

OpenRefine' source comes with Maven configuration files which are recognized by Eclipse if the Eclipse Maven plugin (m2e) is installed.

At the command line, go to a directory not under your Eclipse workspace directory and check out the source: 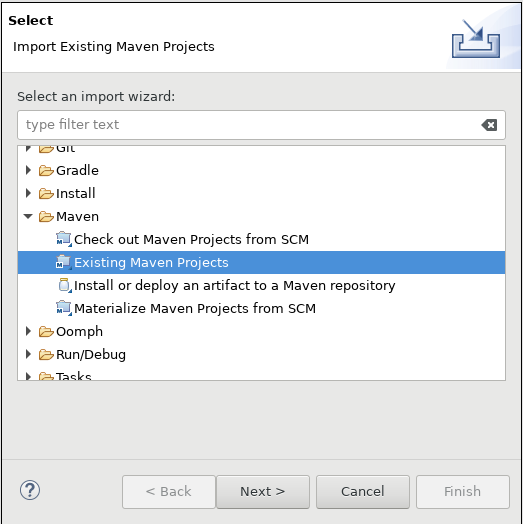 Choose the root directory of your clone of the repository. You get to choose which modules of the project will be imported. You can safely leave out the packaging module which is only used to generate the Linux, Windows and MacOS distributions. 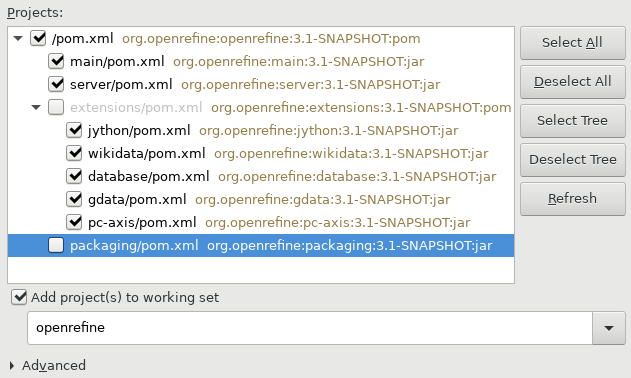 This will add a run configuration that you can then use to run OpenRefine from Eclipse.

You can apply the supplied Eclipse code style (in IDEs/eclipse/Refine.style.xml) to make sure Eclipse lints your files according to the existing style. Pull requests deviating from this style will fail in the CI.

You can manually apply the code style (regardless of your IDE) with the mvn formatter:format command.

You can run the server tests directly from Eclipse. To do that you need to have the TestNG launcher plugin installed, as well as the TestNG M2E plugin (for integration with Maven). If you don't have it, you can get it by installing new software from this update URL https://testng.org/doc/download.html

Once the TestNG launching plugin is installed in your Eclipse, right click on the source folder "main/tests/server/src", select Run As -> TestNG Test. This should open a new tab with the TestNG launcher running the OpenRefine tests.

It is possible to analyze test coverage in Eclipse with the EclEmma Java Code Coverage plugin. It will add a Coverage as… menu similar to the Run as… and Debug as… menus which will then display the covered and missed lines in the source editor.

Here's an example of putting configuration in Eclipse for debugging, like putting values for the Google Data extension. Other type of configurations that can be set are memory, Wikidata login information and more. 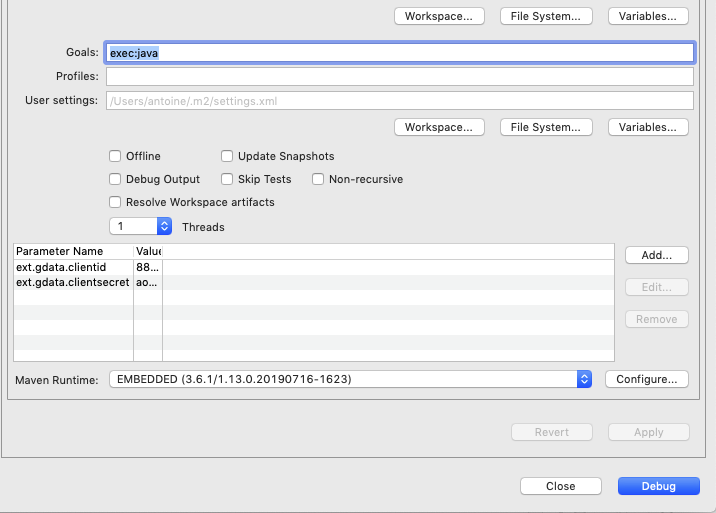 At the command line, go to a directory you want to save the OpenRefine project and execute the following command to clone the repository:

Then, open the IntelliJ idea and go to file -> open and select the location of the cloned repository. 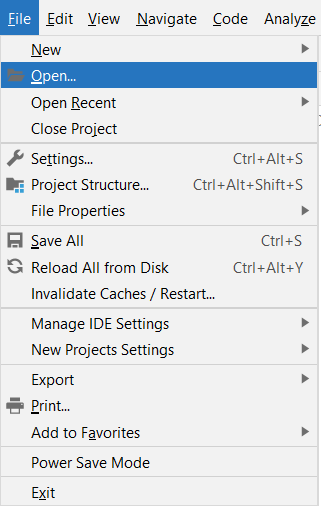 It will prompt you to add as a maven project as the source code contains a pom.xml file in it. Allow auto-import so that it can add it as a maven project. If it doesn't prompt something like this then you can go on the right side of the IDE and click on maven then, click on reimport all the maven projects that will add all the dependencies and jar files required for the project. 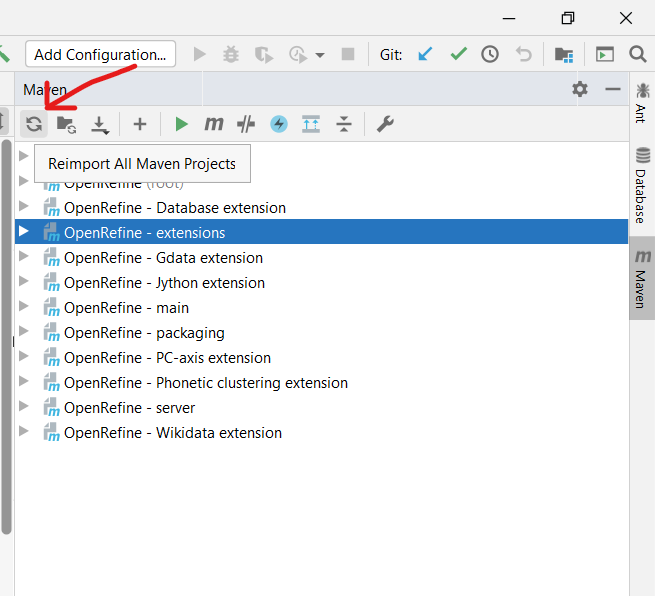 After this, you will be able to properly build, test, and run the OpenRefine project from the terminal. But if you will go to any of the test folders and open some file it will show you some import errors because the project isn't yet set up at the module level.

For removing those errors, and enjoying the features of the IDE like ctrl + click, etc you need to set up the project at the module level too. Open the different modules like extensions/wikidata, main as a project in the IDE. Then, right-click on the project folder and open the module settings. 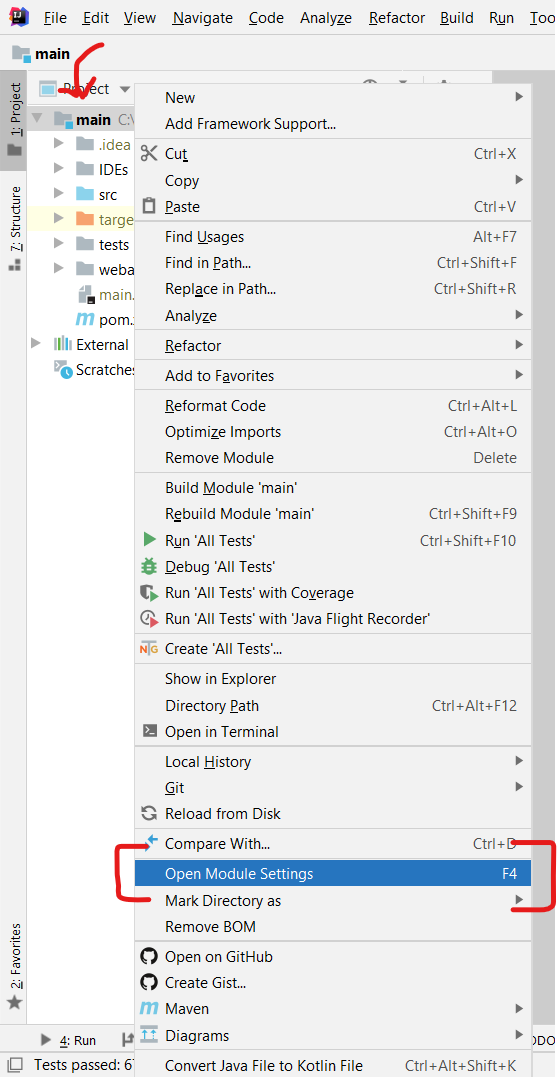 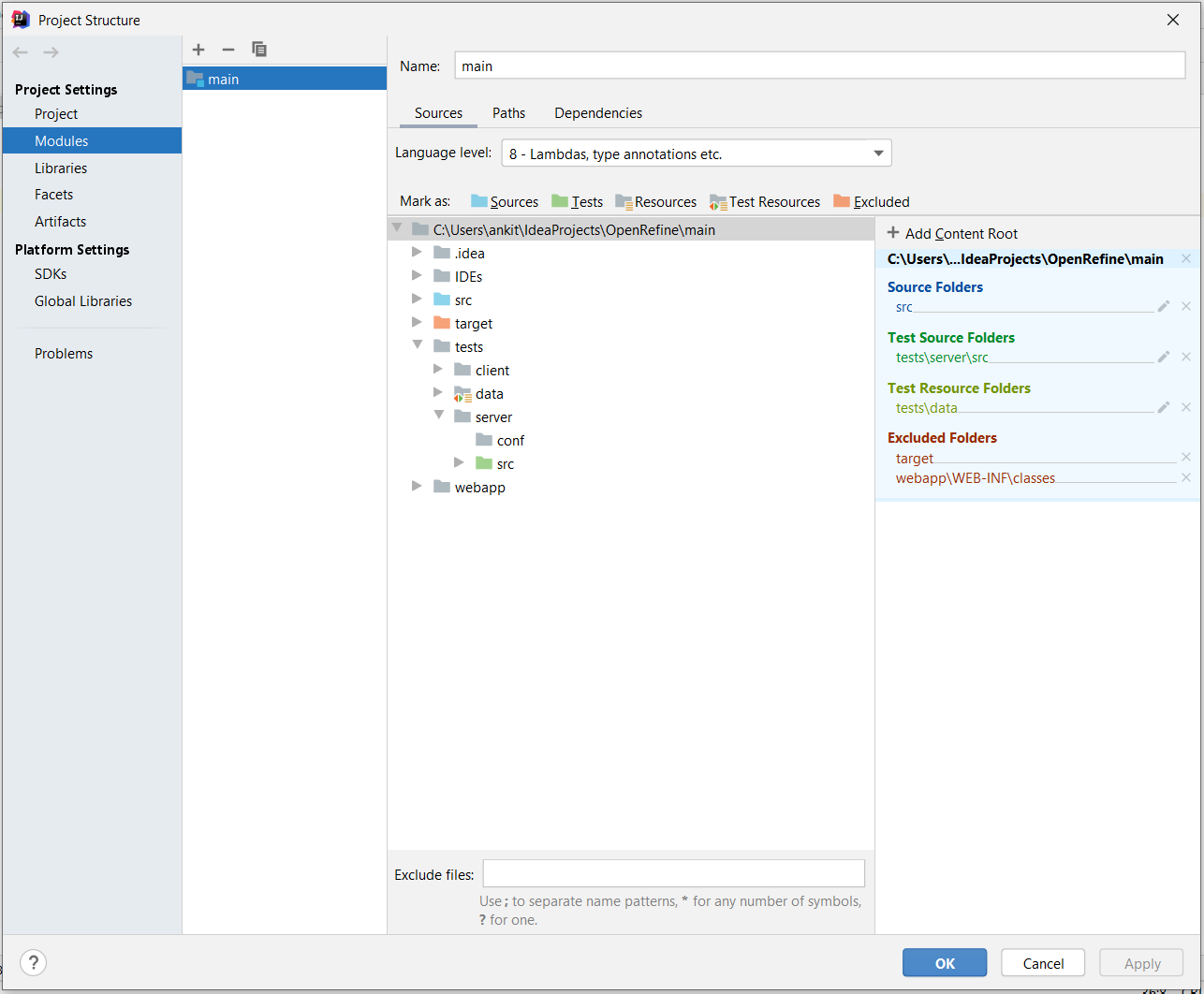 Then, do the same thing for the main OpenRefine project and now you are good to go.